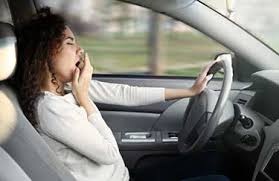 Did you know that drowsy driving can be just as dangerous as drunk driving? According to one study, driving after having been awake for 18 consecutive hours is like driving with a blood alcohol concentration (BAC) of 0.05. And if you get behind the wheel without having slept for 24 straight hours, it’s like driving with a BAC of 0.10. (For reference, the state of Mississippi considers any non-commercial driver over the age of 21 to be impaired if they have a BAC of 0.08 or higher.)

Unlike driving under the influence of drugs or alcohol, though, there is no chemical test that can prove someone dozed off behind the wheel. As such, your legal team will have to rely on other evidence if they intend to prove that fatigue contributed to the accident. Such evidence might include:

Nearby motorists, passengers, cyclists, or pedestrians may have noticed the drowsy driver nodding off just prior to the wreck. Their deposition might contribute to the strength of your claim. This is why it’s always wise to write down the full names, phone numbers, and emails of eyewitnesses after any collision. Even if you did not take statements, your lawyer can reach out to witnesses to find out what they saw.

Thanks to advancements in video technology, dash cams are more affordable than ever. Coupled with growing safety concerns regarding modern hazards like texting and driving, their sales have been on the rise in recent years. That means even if you don’t have a dash cam on your own vehicle, the accident may have been captured by one on someone else’s car. Depending on the quality of the footage, it may be clear that the liable motorist was asleep when the crash occurred.

Many vehicles have event data recorders, or “black boxes,” that track around 15 variables including vehicle speed, steering angle, and brake application. These devices are especially common on commercial vehicles. EDR data may show that the driver failed to engage the brakes before the collision, which could serve as corroborating evidence that he or she was asleep.

If the liable motorist admits to driving while drowsy, it is likely that a responding officer made a note of that statement in the police report. Even if the driver did not confess, an officer may have observed something that indicates drowsiness such as bloodshot eyes, slow response time, or an admission that the driver had been behind the wheel for an excessive number of hours.

If you were struck by someone who fell asleep behind the wheel, contact Coxwell & Associates. We have recovered nearly $300 million for accident victims and their families in successful settlement and verdicts. Call 877-231-1600 today or fill out our Contact Form to schedule a free case evaluation with a car accident lawyer in Jackson.